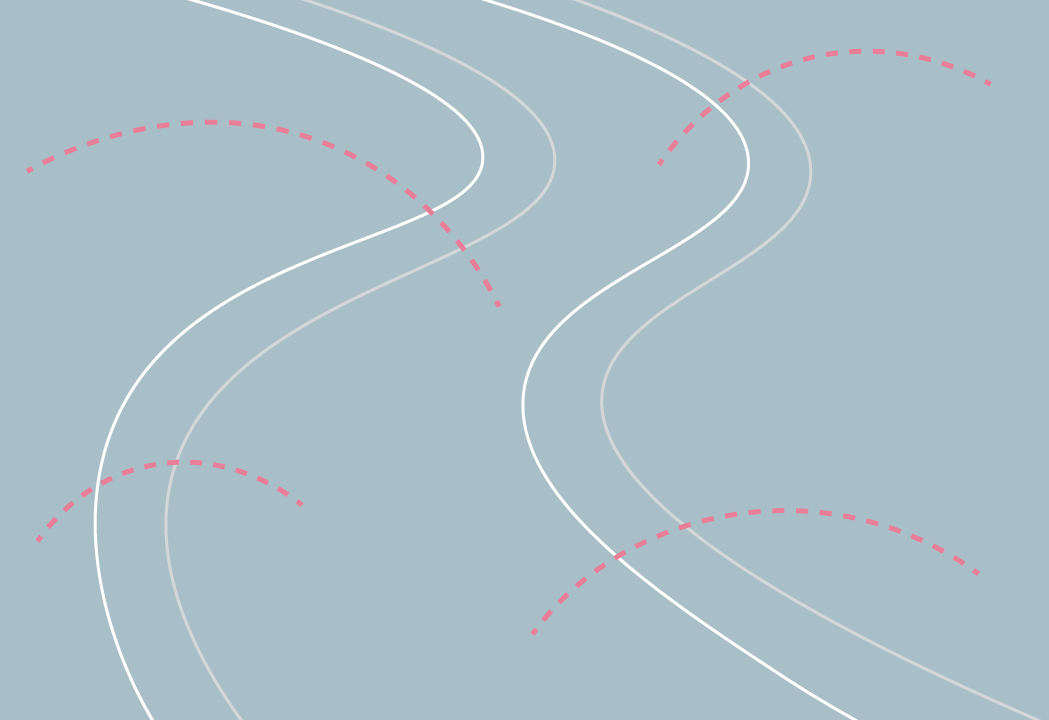 The Ministry of Infrastructure (Minfra), under the management of Tarcísio Gomes de Freitas, operates based on four pillars: transfer of assets to the private sector; completion of unfinished works; solving unsuccessful grants problems due to modeling deficiencies; and institutional strengthening. Along these lines, the ministry has endeavored to present the infrastructure concessions program as a global success case for attracting investments and even a possibility for the country's economic recovery for a post-pandemic.

To be added to Minfra's project portfolio, infrastructure assets must be qualified by the Investment Partnership Program Council (PPI) and, through a Decree, the entry of projects into the portfolio is formalized. Before the public notice is published for the auction, a preliminary analysis of the projects is carried out by the Federal Court of Accounts (TCU). For the Minister, this stage increases legal certainty in the concessions program, helps to remedy the judicialization of the sector and encourages the attraction of investments in transport infrastructure in the country.

As a result of first year For the program's execution, in 2019, 27 assets were granted to the private sector, in which all modes of transport were covered by Minfra: road, rail, waterway, and air.

In 2020, because of the impacts of the Covid-19 pandemic, Minfra reviewed demand studies for some assets, mainly in the air and road sectors, most affected by the pandemic, and continued to structure the projects in its portfolio.

That year ended with the balance of 12 infrastructure assets granted to the private sector, between 9 auctions and three early renovations, and with the delivery of 89 priority works for Brazilian logistics. According to data from statistical yearbook of Transport 2010-2020, produced by the Planning and Logistics Company (EPL), private investments in federal infrastructure concessions reached the mark of R$ 9.2 billion in 2020, an increase of 11.2% compared to 2019.

The first half of 2021 was marked by the realization of the Infra Week, which granted 28 assets to the private sector and was used as a showcase to demonstrate the program's potential, and arouse international interest for the projects in its portfolio.

For the second half of this year, auctions for the new Dutra should still take place; Ferrograin; the privatization of Companhia Docas do Espírito Santo (Codesa); and port leases at the Port of Santos, in the STS08 and STS08A areas, for the handling and storage of liquid bulk, which are strategic terminals for the fuel sector, among other concessions.

Follow the progress of concession projects in this link.

THE Infra Week took place in April of this year and was dedicated to the concession of 28 projects to the private sector, with the contracting of billions in investments for Minfra.

On the first day of the meeting, auctions were held for 22 airports, divided into three blocks (South, Central, and North I), originating from the 6th round of airport concessions. As a result, section 1 of the West-East Integration Railway (Fiol) was purchased, thus ensuring the necessary investments to complete the work, which has been stopped for over ten years. In addition, four terminals for handling liquid bulk from the Port of Itaqui (MA) and one terminal in Pelotas (RS) for general cargo and wood were also auctioned.

In early October, the minister of Infrastructure, Tarcísio de Freitas, had five days of meetings in New York with interlocutors from more than 50 institutions in the global investment market.

the first day of roadshow was marked by agendas with executives from various investment funds. The model adopted for the Brazilian infrastructure projects drew the attention of investors, such as the railway authorizations, the structuring made for the Paraná road system and the privatization process of ports, which includes Codesa, this year, and the Port of Santos (SP), in 2022.

With the return of face-to-face international roadshows, the government's objective was to ensure private contributions to Brazil's transport infrastructure by the end of 2022 and place Minfra's project portfolio on the international market's radar, showing, for example, the success of Infra Week.

The Brazilian delegation was made up of Tarcísio de Freitas; the Ministry of Development, Planning and Partnerships at Minfra, Natália Marcassa; by the special secretary of the PPI, Martha Sellier; Apex representatives; BNDES; and the Ministry of Foreign Affairs.

7th and last airport concession round

Since the beginning of 2019, 34 airports have been granted to the private sector. Like the 5th and 6th rounds, the 7th round of airport concessions proposes regulation that is even more flexible and proportional to the size of each airport in relation to tariffs, investments and quality of services.

In this last round, there will be 16 airports located in the North, Southeast, and Midwest regions of the country. Divided into three blocks, they are:

In addition, in early October, Minfra began structuring the Federal Government's first public-private partnership (PPP) in transport infrastructure. Eight regional airports in the state of Amazonas are part of the proposal and will be granted to the private sector to expand, maintain, and exploit the airport infrastructure. They are: Parintins, Carauari, Coari, Eirunepé, São Gabriel da Cachoeira, Barcelos, Lábrea and Maués airports.

Thus, with the auction of 16 airports in the coming months, the Federal Government should reach the end of 2022 at the mark of 50 airport terminals granted to the private sector. The 7th round studies and the Amazon PPP are available in this link.

Initiating the Super InfraA new season of major auctions, the auction of the Dutra highway (BR-116/RJ/SP) in conjunction with Rio-Santos (BR-101/RJ/SP), took place in October 29th. The event's winner was the CCR group, which already managed the stretch and obtained a maximum discount on the basic toll fee in the amount of 15.31%.

Several innovations were foreseen in the notice: progressive fare discounts, according to the frequency of road use for passenger vehicles; adoption of iRap road safety technology to reduce accidents; monitoring with automatic cameras to identify incidents, and Wi-Fi and LED lighting throughout the Dutra Highway.

As a road modernization front, it will be the first federal concession to test the free-flow system for electronic fare payment without the need for a toll plaza. Added to this is a differentiated tariff between the single lane and double lane, the Frequent User Discount (DUF), and the introductory discount of 5% for those who use any automatic payment service through TAG.

On December 20, to close the Super Infra, another essential road auction takes place: the BR-381/262/MG/ES highways. The auction criteria will be hybrid, with a dispute for the lowest rate with a discount limited to around 15%, followed by the highest award value as a tiebreaker.

The same model applied for BR-153/080/414/GO/TO and in the Dutra highway dispute. In addition, innovations such as DUF are also planned for drivers who travel daily between neighboring municipalities, reducing 5% for vehicles that use any automatic payment system.

Nine port lease auctions are scheduled for November, which stands out for their potential to attract investments in infrastructure.

On November 19, six areas will be leased. Of these, two areas in the Port of Santos (SP), STS08 and STS08A terminals will be used to move, store, and distribute liquid bulk, strategic areas for the fuel sector. The same bidder may submit proposals for both terminals. However, to ensure competitiveness, it will only be allowed to bid for both if a single proposal is presented for at least one of them.

Later this year, the first public notice of port privatization, of the Espírito Santo Dock Company (Codesa). The project is in the final phase of evaluation by TCU, and the studies were filed with the Court on 06/08. The auction is expected to take place in the first half of 2022.

Expansion of the railway network

The publication of the Ferrogrão public notice is scheduled for the 4th quarter of this year. It raises expectations among investors because of its strategic position for the flow of production from Mato Grosso through Arco Norte in the country, linking Sinop (MT) to Miritituba (PA).

The project was prepared with a green seal and has the possibility of accessing the green bonds market (green bonds), for having been prepared with the Climate Bonds Initiative (CBI), an international organization that certifies sustainable initiatives.

With the program Pro Rails, through MPV 1065/2021, Minfra consolidates the objective of National Logistics Plan (PNL) 2035, for the transformation of the transport matrix in Brazil, to make it more sustainable, with the increase in the participation of large-capacity modes (rail, waterway, and cabotage), especially rail, with higher participation the 30% in the transport matrix.

ANTT's Board of Directors postponed in the week of October 21st the analysis of two processes on railway authorization because of deadlocks between companies that requested permission of the same stretches from Minfra. The two requests for inspection were made by Director Guilherme Sampaio, who took into account the questions brought about by Ordinance No. 131/2021, which provides for the administrative processes of application for the exploration of railways or railway yards through authorization.

For Minfra, the dispute between the authorization holders is positive for the sector's competitiveness. In addition to demonstrating the competitive stretches for cargo flow, Minister Tarcísio de Freitas believes that the accession should generate interest for future authorizations since MPV 1065/2021 represented the relevance of the authorization regime for the expansion of the Brazilian rail network.

In this line, the Ministry published a correction to Ordinance No. 131, indicating that the order in which the application was filed is only one of the criteria in evaluating the granting of the concession. Furthermore, on October 29, the President of the National Congress was made official, which extended for another 60 days the validity of MPV 1065/2021. Thus, the measure will be valid until 02/06/2022.