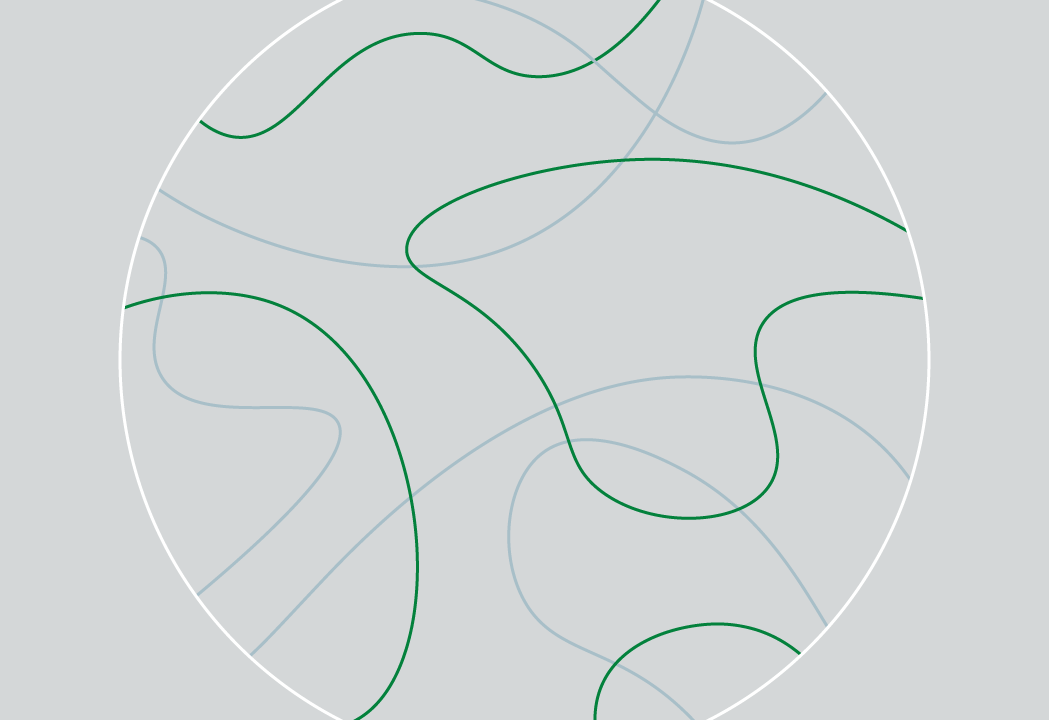 COP26 is one of the most relevant spaces for multilateral negotiations on commitments assumed to combat climate change, especially those established under the Paris Agreement. There was great expectation for this year's edition due to the urgency to combat global warming and for being one of the most significant international events since the beginning of the pandemic

In this article, we present the main commitments assumed by the parties, the most relevant points of the final document, and highlight some aspects and contributions of Brazilian participation in this discussion.

New emission reduction targets: The United States increased its greenhouse gas reduction target by 2030 from 26% to 50%; the European Union from 28% to 55%, the UK from 68% to 78% and Brazil from 43% to 50%. India has announced a net zero emissions target, promising carbon neutrality by 2070. There is increasing greed resistance from China, Saudi Arabia and Russia who are big emitters and whose economies are anchored in fossil fuels.

Steel: More than 40 countries, including the United Kingdom, United States, India and China, as well as the European Union, have supported the first international commitment to achieving “near zero” emission steel production by 2030.

Vehicles: More than 30 representatives from countries, 40 cities and states, as well as dozens of companies and associations linked to the automobile industry pledged to accelerate the transition to carbon-free vehicles.

Coal: 77 countries pledged to end the use of coal. China, India and the United States did not adhere to the commitment.

Logging: More than 100 countries, including Brazil, signed a declaration of commitment to collective action to halt and reverse forest loss and land degradation by 2030. The political agreement, crafted by the British government, was also signed by the US, China and the European Union . About US$ 12 billion of public resources will be earmarked for protection and restoration, in addition to US$ 7.2 billion of private investment.

The private sector has also pledged to invest R$ 17 billion in resources for the Innovative Finance for the Amazon, Cerrado, and Chaco (IFACC) initiative to promote deforestation-free soy and livestock production in Latin America.

Methane: About 100 nations have signed a global pledge to reduce methane emissions by 30% by 2030. Methane is mainly generated by landfills and agricultural production. Because of this relationship, Brazil initially resisted, but adhered to the goal.

Oceans: Political leaders advocated the establishment of a new global target to protect 30% of marine waters by 2030. In addition, they suggested the formulation of a new treaty to conserve and protect marine biodiversity.

Amazon: The British government announced an investment equivalent to almost R$ 19 million. The UK meteorological service will work in partnership with the National Institute for Amazonian Research on a climate experiment, in which controlled volumes of CO2 will be released into small forested areas to simulate responses to future changes.

Financial sector: Banks, insurance companies, pension funds, money managers and other financial firms with US$ 130 trillion in assets have signed up to tackle the climate crisis. The 450+ companies in 45 countries that have signed the Glasgow Financial Alliance for Net Zero (GFANZ) control over 40% of global banking assets. It is estimated that the alliance could provide US$ 100 trillion in financing over the next three decades.

After two weeks of negotiations and disputes on several fronts, the 197 parties adopted the Glasgow climate agreement. Despite objections that persisted until the end of the debates, negotiators renounced specific demands to achieve the final deal. The document was described as the “possible agreement”.

The intention to limit global warming to 1.5°C was maintained, and progress was made with the commitment to revise goals for reducing greenhouse gas emissions and to regulate the international carbon market. However, progress has been limited on the proposal for climate finance for developing nations, one of the main objectives of the conference.

Among the main items in the text, it is worth mentioning:

Paris Agreement Rulebook: Transparency mechanisms and time frames that will be used to review the climate frameworks proposed by the countries were defined. Norms on the global carbon market, addressed by Article 6, were also agreed. The rule of corresponding adjustments in the climate commitments of buyers and sellers will be applied and, therefore, countries will have to deduct sold credit from their emission reduction target , thus avoiding the so-called double counting.

Brazil's longstanding demand for Kyoto Protocol credits to be transported to the new system was met. A cutoff has been established and only projects dated after 2013 will be considered.

Goals: The agreement calls on the parties to attend next year's COP27 in Egypt with updated plans on how to reduce greenhouse gas emissions by 2030. regularity.

The finalization of the Book of Rules and the requirement for nations to present new commitments to reduce greenhouse gases in the next year are also considered positive aspects of the agreement.

Financing: The Glasgow Pact regrets that the pledge by developed nations to commit US$ 100 billion annually to developing country emission reduction efforts has not been met and only calls on nations to urgently meet the commitment by the year 2025. Brazil was one of the main voices in the appeals for more funding from developed countries.

Fossil fuels: The text includes unprecedented mention of the role of fossil fuels in the climate crisis. The deal calls for a gradual reduction in coal use and inefficient fossil fuel subsidies. However, after objections made by India and Iran, the language around fossil fuels was toned down and the agreement referred to a “reduction” of coal rather than an “elimination”. Although the move has been met with criticism by experts, activists and other nations, the fact that fossil fuels were explicitly mentioned is already seen as a historic advance.

Losses and damages: The text determines the creation of a “dialogue” to discuss the establishment of financing. The proposal to create a fund to pay for the damage and destruction that the climate crisis brings to the most affected countries has not advanced.

Experts agree that important progress has been made, but still insufficient to limit global warming to 1.5°C.

The country is the 6th largest emitter of Greenhouse Gases (GHG) and reached the Conference with high deforestation rates and low international credibility. In the ranking of countries that most aggravated global warming in 2020, Brazil appears in fifth place, only behind China, the United States, Russia and India.

In contrast to the vision adopted at the last COP, Brazil signaled a willingness to cooperate and, above all, a greater commitment to recovering international credibility and political capital that had been damaged in recent years. However, the effective recovery of the country's reputation in the environmental area will depend on concrete actions to implement the assumed goals.

About 100 people were part of the delegation that represented Brazil at the COP. Led by the Minister of the Environment, Joaquim Leite, the delegation included 13 governors, ministers Bento Albuquerque, from Mines and Energy, and Fábio Faria, from Communications, in addition to the president of the Central Bank, Roberto Campos Neto.

President Jair Bolsonaro (no party), who did not attend the event, sent a short video, which was broadcast in the Brazil Pavilion. In his speech, Bolsonaro reiterates that Brazil is a green power, that it is part of the solution to the climate crisis. The president mentioned the launch of the National Green Growth Program and highlighted that the country has credit lines for green projects that can consolidate Brazil as the largest green economy in the world.

The opening of Brazilian participation in COP26 was led by Minister Joaquim Leite, who announced a new target for reducing greenhouse gas emissions: from 43% to 50% by 2030. The authority also made official the climate neutrality target until 2050, announced by President Jair Bolsonaro at the Earth Summit in April.

Among the measures listed to achieve the 50% emission reduction target by 2030 are:

Brazil was under pressure because it was one of the only countries in the G20 to present targets for increasing emissions instead of reducing them due to a revision in the calculation basis. The announcement of the new target tries to shield the country from criticism for increasing its emissions, but there are reservations from experts about the ambition of the proposal, especially regarding the calculation basis and the real reduction of emissions for the decade.

During the first week, technical negotiations were carried out and, in the case of Brazil, the performance was focused on the presentation of successful cases.

At Espaço Brasil, in Brasília, the Minister of Justice and Public Security, Anderson Torres, presented the results of Operation Guardians of the Biome, which monitors forest fires.

The Minister of Agriculture, Livestock and Supply, Tereza Cristina, highlighted the goals already achieved and the new goals established by the Low Carbon Agriculture Plan, called the ABC+ Plan.

The Minister of Mines and Energy, Bento Albuquerque, announced that Brazil will have 50% of the clean energy matrix by 2030. The Minister cited the RenovaBio and Combustível do Futuro programs as examples of measures for Brazil's energy transition.

The Minister of Regional Development, Rogério Marinho, spoke about actions to preserve and revitalize the country's hydrographic basins and highlighted the Águas Brasileiras program, which has the support of the rural productive sector.

The Vice President of the Republic, Hamilton Mourão, listed improvements in ports and waterways as priority measures for the socioeconomic growth of the Amazon.

The National Congress was also represented in Glasgow, with a delegation of deputies and senators. Among them was the President of the Senate, Rodrigo Pacheco, who acknowledged that Brazil has a serious problem of illegal deforestation and stated that Congress will oversee the commitments that were made at COP 26. Pacheco also demanded support from the richest countries to the nations under development.

Furthermore, the Brazilian parliament advanced in the analysis of legislative proposals that deal with climate. In the Federal Senate, the Plenary approved the PL 6539/2019 which adapts the National Policy on Climate Change (PNMC) to the Paris Agreement. The article, reported by senator Jaques Wagner (PT/BA), establishes that Brazil will neutralize 100% of its greenhouse gas (GHG) emissions by the year 2050, and indicates absolute values for emission reductions through sectoral mitigation and adaptation plans.

The Senate also approved the PL 1539/2021, authored by Senator Katia Abreu (PP/TO), which amends the National Policy on Climate Change and anticipates the anticipation of the Brazilian climate goal. The text determines the commitment to reduce 43% of greenhouse gas emissions by 2025. Both are awaiting consideration by the House of Representatives.

The House of Representatives, in turn, had as protagonist in the environmental agenda the PL 528/2021, authored by deputy Marcelo Ramos (PL/AM), which regulates the Brazilian Emission Reduction Market. The author, industry sectors and the president of the House, Deputy Arthur Lira (PP/AL) publicly defended the approval of the project before the end of COP26.

Despite not being a consensus among the parliamentarians, the urgency for its analysis was approved and the expectation was that the House Plenary would deliberate the favorable opinion of the rapporteur, Deputy Carla Zambelli (PSL/SP). The project, however, was joined to another one and, despite the author's strong articulation, it did not find space to advance during the COP. The matter remains on the agenda of the House Plenary and may be deliberated in the coming weeks.