The Covid-19 pandemic continued to influence decisions in the political scenario in 2021. In the field of science and technology, the health crisis highlighted the lack of internet coverage throughout Brazilian territory and the need to modernize the telecommunications sector and implementation of new technologies for economic and social advancement in the country.

In turn, the Ministry of Communications (MCom) portfolio focused mainly on the 5G Technology Auction. The Minister of Communications, Fábio Faria, had advanced that the agenda would be a priority in his analysis of the Notice at the National Telecommunications Agency (Anatel) and at the Federal Audit Court (TCU) to make the Auction possible in 2021.

The Auction obtained the value of R$ 49.7 billion reais and has a series of obligations that will start in 2022. In addition, the auction had also been targeted by the former president of Anatel, Leonardo Euler, who emphasized the need for changes institutional and regulatory frameworks in the telecommunications sector. Euler's term ended on the same day as the frequency auction, November 5, and the position is still awaiting a hearing in the Federal Senate. The vice-president of the Agency, Emmanoel Campelo, assumed the position as a result of the absence of nomination from the Presidency of the Republic.

It is important to emphasize that although 5G and AI are independent guidelines, the themes are complementary. That is, 5G Technology will allow greater connectivity between machines and allow a better structure for the implementation of Artificial Intelligence in the country.

Also in 2021, it is worth mentioning the evolution of studies by the Ministry of Science, Technology and Innovations for the creation of the Brazilian RNA MCTI CIMATEC HDT vaccine against Covid-19. The study of immunizers has had national researchers since the beginning of its development and is the first vaccine with replicon RNA (RepRNA) technology to have a clinical study carried out in the country. The vaccine tests are in the first phase with the objective of evaluating safety, immunogenicity and reactogenicity (possible adverse reaction in the body).

For 2022, the expectation is that discussions in the field of technology will continue to permeate the themes of 5G technology and artificial intelligence. For 5G, the government is expected to monitor the implementation of the obligations imposed by the Public Notice on the winning companies. The first commitment is to install 5G in all Brazilian capitals by July this year. In the field of AI, the Bill that creates the Regulatory Framework for Artificial Intelligence awaits reading in the Federal Senate. The article is expected to provide greater security in the implementation of AI in Brazil and continue to advance the theme with developed countries.

Both agendas tend to follow up on other topics, such as: cloud computing and cyber security. Currently, there is a concern about cybersecurity and data protection due to the lack of a robust strategic security plan to prevent the exponential increase in cyberattacks with the implementation of new technologies.

The bidding for the 700 MHz, 2.3 GHz, 3.5 GHz and 26 GHz radio frequencies raised R$ 49.7 billion and, according to the obligations of the Public Notice, about 90% of the amount will be invested by the winning companies in coverage of highways, cities and localities. In this sense, R$ 7.4 billion of the amount collected is granted, that is, the right of exploitation. A portion of the goodwill will be converted into new investment commitments.

In this sense, in 2022 the implementation of 5G technology in the country will begin. Among the obligations of the Public Notice, it is expected that the winning companies must offer 5G technology in all capitals and the Federal District by July 31, 2022. The Ministry of Communications' schedule for implementing the technology extends to the other cities until 2029.

The MCom reported that 12 capitals have already updated their local telecommunications infrastructure legislation to receive the new technology: Brasília, Curitiba, Florianópolis, Fortaleza, Natal, Palmas, Porto Alegre, Rio de Janeiro, São Paulo, Vitória, Aracaju and Boa Vista. The other 15 Brazilian capitals are partially adequate or are in the process of updating their municipal legislation.

Among the obligations foreseen are:

Anatel's Public Notice also provides for a commitment to implement fiber optic transport networks in the Northern Region with the Integrated and Sustainable Amazon Program (PAIS). This month, the Minister of Communications, Fábio Faria, carried out a technical visit with a delegation of leaders from the Federal Government, parliamentarians, the private sector and government officials, in Macapá (AP), to verify the implementation of Infovia 00.

In this way, the subfluvial fiber optic cable will carry high-speed internet and will connect cities in the northern region of the country. The implementation of the network is expected to be completed by January 31, with the aim of connecting teaching and research institutions, hospitals, health centers and units of the judiciary.

Another highlight is that the National Telecommunications Agency has expanded its functionality to monitor operators' obligations for the implementation of 5G. That is, the Agency's website will have a reserved area to check whether the companies that win the auction are complying with their obligation to do so (fines converted into investment commitments); the rules of the 5G Notice; and the commitments of the General Plan of Universalization Goals (relating to the fixed telephony concession).

At the institutional level, with the termination of the mandate of the former president of Anatel, Leonardo Euler, the superintendent of Internal Information Management at the agency, Raphael Garcia, took over as deputy president, ending on January 23. In this way, the vice president of the Agency, Emmanoel Campelo, assumed the presidency due to the absence of nomination from the Presidency of the Republic.

Raphael's name was on the 2020 triple list, which is valid for two years. Due to the deadline, the publication of a face-to-face decree indicating a name to occupy the position on an interim basis at the Agency is awaited.

In addition, there is an expectation of a hearing by the Federal Senate, in the month of February, of the nomination of the names of:

Despite advances in the area, the telecommunications sector is concerned about the progress of the implementation of the new technology in 2022. Brazil still has a poor telecommunications infrastructure with a high volume of taxes, almost 40% of the price of the service are fees. Specialists in the area defend the reduction of tax burdens in the sector through discussions on tax reform in the National Congress.

In addition, even with the obligation to implement 5G in all Brazilian capitals, the Public Notice only provides for an antenna to be installed for every 100,000 inhabitants. This leaves it open for operators to take the new technology to areas where they find it most favourable.

Finally, some telecom industry experts are concerned about the speed at which the 5G Auction was carried out. Although they consider the implementation of the new technology to be extremely important, there are fears that the Public Notice could have been more cohesive and harmonious for the scope of 5G throughout the country. Another criticism is due to the approach of the presidential elections in Brazil and the propensity for the celerity of the 5G Auction to have been carried out as an electoral campaign instrument.

The regulation of Artificial Intelligence in Brazil is one of the principles of the Organization for Economic Cooperation and Development (OECD), to which Brazil is a signatory. Since 2017, Brazil has applied to join the Organization, the country has made several efforts to align itself with the requirements of OECD member countries. This month, the Organization announced approval of the invitation for Brazil to start negotiating entry into the entity.

Thus, the regulation of AI is recent in several countries around the world. Brazil has made efforts to create regulations along the lines of the European Union and the United States of America through a composition of regulations that integrate a national strategy.

The Strategy, presented by the MCTI, will seek to contribute to the development of ethical principles aimed at the development and use of responsible AI; promote investments in AI research and development; remove barriers to AI innovation; train and train professionals; and promote an environment of cooperation between public and private entities, industry and research centers for the development of Artificial Intelligence.

There is an effort and pressure, especially after the 5G Technology Auction, for a construction by the Executive Branch with the other Powers and civil society to regulate artificial intelligence in a transparent, ethical and legal way. The Brazilian strategy seeks to follow the molds of the AI legislation in the European Union, in which it debated the regulation for three years and had as its central premise the hierarchy of risks offered by systems and technologies that use Artificial Intelligence.

Within the scope of the Legislative Power, the reading, in 2022, of the Bill of Law (PL) 21/2020, which establishes principles, rights and duties for the use of artificial intelligence in Brazil, is expected in 2022. The article seeks to bring greater digital security and risk management with new technologies.

The PL was approved in September 2021 by the Chamber of Deputies, by 413 votes in favor and 15 against. The rapporteur of the project in the House and president of the Joint Parliamentary Front for Artificial Intelligence, deputy Luisa Canziani (PTB / PR), highlighted that she awaits the analysis of the project in the Senate in 2022 due to the importance of the theme for the country's economy. In addition, he stressed that the matter will be one of his priorities.

During the discussions of the project in the Chamber of Deputies, the proposal was criticized by scholars for trying to quickly regulate a theme that is still recent in the international sphere. Following the inspiration of the European Union, AI in the bloc launched the document Artificial Intelligence Act, which was the result of almost three years of studies and debates on the subject. Brazilian experts emphasized that PL 21/2020 needs to be approved with caution and in a longer term. In addition, they stressed that the assessment of the matter cannot be rushed due to sensitive points such as: ethical issues, human and fundamental rights, and legal issues for liability for damages to third parties.

In view of AI as an extension of 5G technology, it is expected that there will be pressures for the Federal Senate to start processing the matter in the House. However, senators are expected to be more cautious in appraising the wording as it was approved by the Chamber of Deputies. This is due to the contemporaneity of the theme and the concern to international governments on account of data security and cyber attacks. In addition, the text of PL 21/2020 runs the risk of being outdated in a short period of time, year to two years. This could help individuals or companies to subsequently escape any legal liability. 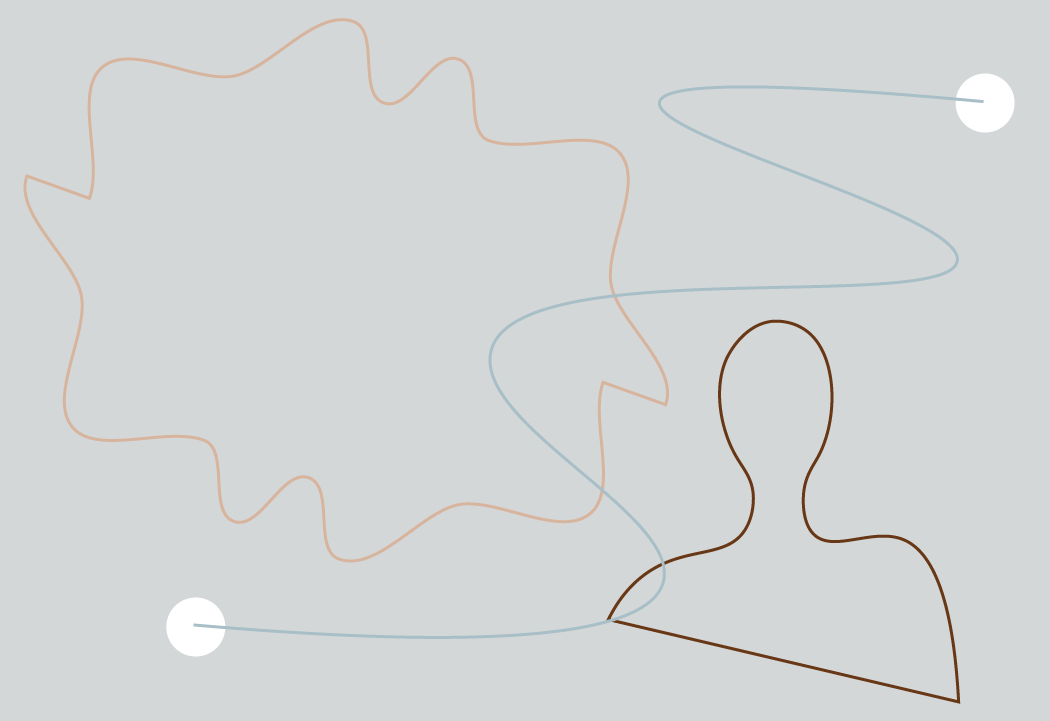