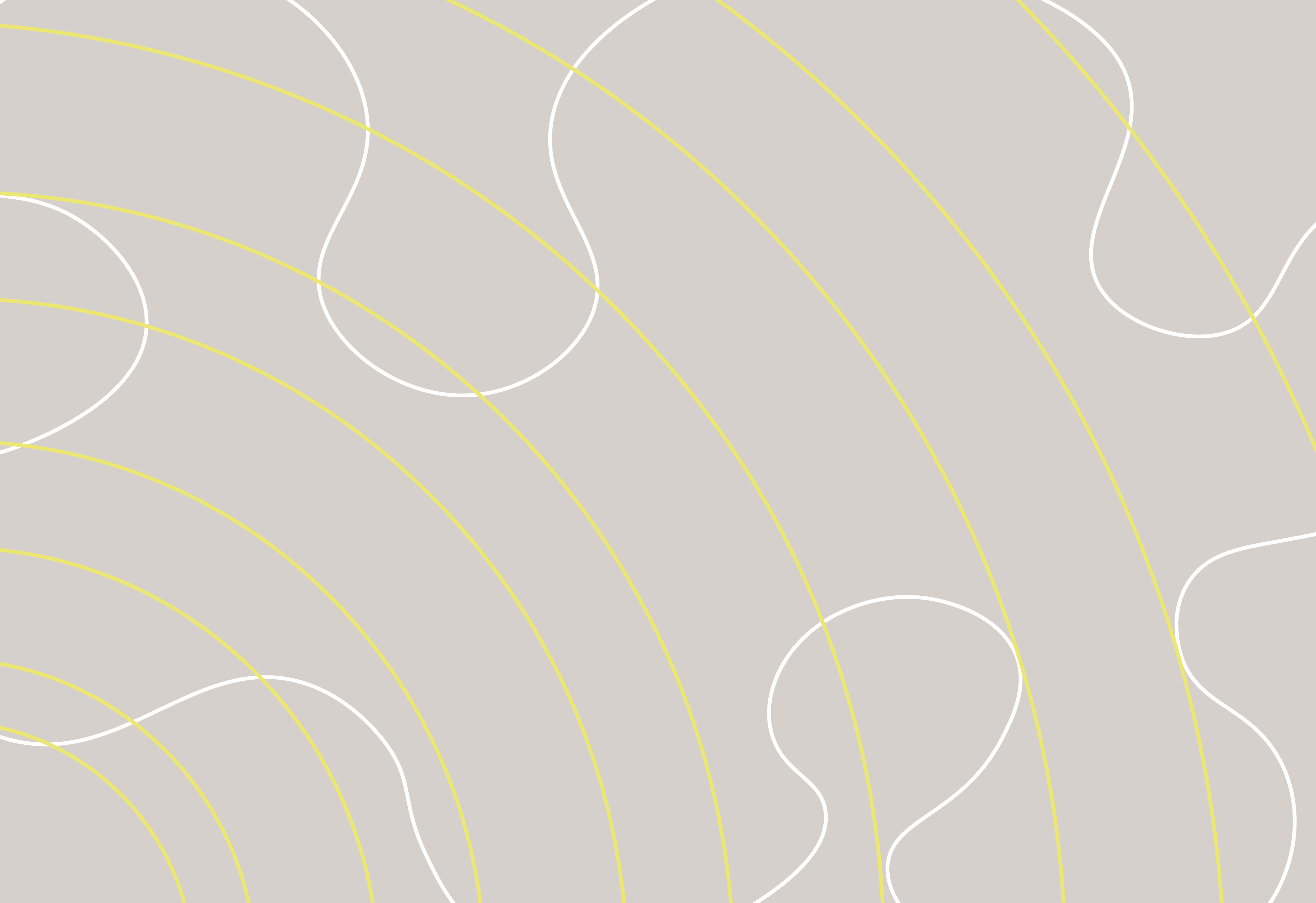 5G technology is a generation of mobile internet network that will enable increased data download and upload speed, greater network coverage and more stable connections. This technology is strategic, as it reduces latency, enabling the connection of things in a smarter way and the advanced use of virtual reality, robots, autonomous cars and other applications for which a quick response is a fundamental prerequisite .

The implementation of 5G has taken place in several countries since 2019, such as South Korea, the European Union, the United States and China. In Brazil, the president of the National Telecommunications Agency (Anatel), Leonardo Euler de Morais, announced upon taking office in 2019, that the 5G auction would take place in Brazil in 2020.

With the re-creation of the Ministry of Communications (MCom) last year, under the command of Minister Fábio Faria, debates on 5G technology gained prominence on the agency's agenda. Thus, the folder edited regulations, such as the regulation of the Law on Antennae, which brought significant changes to the framework of rules in order to make the development of the theme viable.

Anatel's Board of Directors approved, at the end of February 2021, the 5G Public Notice with the bidding of 700 MHz, 2.3 GHz, 3.5 GHz and 26 GHz radio frequencies. This is considered by the Agency to be the largest radio frequency bidding in history do Brasil and which could raise R$ 40 billion reais.

Thus, the document established the investment commitments in coverage that must be fulfilled by the winning companies at the national and regional levels. Institutions should commit to bringing internet access with 4G technology or higher to regions with little or no service in the country. Municipalities with more than 30,000 inhabitants should be served with 5G technology.

In addition, the Notice also foresees obligations for the implementation of optical fiber transport networks in the Northern Region with the Integrated and Sustainable Amazon Program (PAIS) and with the construction of the Federal Government's Private Communication Network.

The Education Commission (CE), of the Chamber of Deputies, through the president Deputy Dorinha (DEM/TO), questioned the Executive Power at various times about the inclusion of the public network of schools in the Notice. For the Commission, there is a difference between predicting the establishment of coverage targets for municipalities and regions with a commitment to implement connectivity to public schools.

Despite the meetings between Minister Faria and Deputy Dorinha, there was no agreement to change the text of the Notice for the direct inclusion of schools. This divergence led to a summons by the Education Commission of Minister Fábio Faria.

TCU's technical area stated that the Integrated and Sustainable Amazon Program (PAIS) and the private network would have signs of illegality due to a possible dribbling of the spending ceiling when the execution of the programs was transferred to the private sector. The ceiling works as a way to limit the growth of government expenditures to the variation in inflation.

In this sense, the technical area recommended the removal of the programs in the Notice and stated that the obligation does not constitute a commitment in the interest of the community or users of telecommunications services that can be included in a Notice. As a result, the programs violate provisions of the General Telecommunications Law, in which any activity by the Public Administration could be included in an Anatel Bidding Notice for the granting of the use of frequencies.

COURT OF ACCOUNTS OF THE UNION (TCU)

The Federal Court of Auditors began analyzing the Notice in March of this year and pointed out several differences, mainly regarding the construction of a private communication network for the federal government and PAIS, which installs optical fiber in the North region.

The minister and rapporteur at TCU, Raimundo Carreiro, had initially shown concern with the equitable development of the current networks for 5G in the country. The minister pointed out that there are still several Brazilian municipalities without access to 4G or without basic infrastructure for any internet access. In addition, he questioned Minister Fábio Faria about the divergences pointed out by the TCU's technical area.

However, minister Carreiro presented, in the vote on the 5G notice on August 18, a favorable opinion and accepted the use of the notice in R$ 1 billion for the construction of the Federal Government's Private Network. In this sense, the Network will be built as a 4G mobile network in the Federal District and a fixed network in the form of broadband in other Brazilian capitals.

The minister defended the Private Network and the PAIS according to the principle of defending the public interest. Thus, it rejected the argument of the technical area of TCU and the Public Ministry that pointed out illegalities in the inclusion of the Network and PAIS in the Notice.

Minister Carreiro presented the following changes for inclusion in the Notice:

The Court postponed the vote on the Auction Notice of 5G due to the request for views requested by Minister Aroldo Cedraz for a week. Cedraz pointed out that a longer period would be necessary for the technical area to analyze the inconsistencies that were pointed out in the report about the Notice, such as several points related to the private network of the Government and the PAIS. However, after the deadline, the Notice was approved by TCU according to the favorable report of Minister Raimundo Carreiro.

After the publication of the Notice in the TCU, Anatel received the text on September 1st, with pressure for approval at an accelerated pace by the minister Fábio Faria. In the first deliberative on the matter, counselor Moisés Moreira asked for a review of the Notice, stating that there was a need for a longer period for the correct assessment.

Moreira explained that he would only deliberate on the matter after the publication of two decrees by the federal government dealing with the Private Network and the PAIS:

After the publication of the decrees, the Board of Directors met on Friday (24/09). The text presented by the rapporteur, Emmanoel Campelo, received several criticisms and divergent positions, which led to the approval of the text presented by another board member, Moisés Moreira. There were three votes for Moreira's text, with Carlos Baigorri and Vicente Aquino voting in favor, against the votes of Emanoel Campelo and Leonardo Euler.

Thus, the final text maintained the percentage of 20% additional to the resources for EAF to migrate TVRO from the C band to the Ku band. Furthermore, it included the Private Network and the Integrated and Sustainable Amazon Program (PAIS) with the changes made by the decrees.

Another redaction modification was the breaking of the 26GHz batches to 200MHz blocks. Attendance will be used for school connectivity commitments. If there are no assets in the first round, the blocks will go to the second round at half the price and the exploration period reduced to 10 years.

In addition, the minimum auction price of R$ 10.6 billion was established, which will be remitted to the Treasury of the Union. . In this way, the companies must, through the commitments, make contributions of R$ 39.1 billion and make an investment over the next 20 years of up to R$ 163 billion.

Anatel has set the 5G Technology Auction for November 4th, a tribute to the last day of the mandate of President Leonardo Euler. The Agency stated that until October 27th, it will receive Identification Documents, Tax Compliance Documents and Price Proposals for issuing Authorizations for the Use of Radio Frequencies.

After the Auction, Anatel will have up to 15 days after the approval of the result to create the Group for Monitoring the Costing of School Connectivity Projects (GAPE), which will be formed by representatives of Anatel; Ministry of Communications; Ministry of Education; and representatives of each winning company in the 26 GHz band.

How the Auction will take place:

2nd round (in case any block from the 1st round is deserted): 20 MHz blocks